Section IV of the Court of Cassation - with the sentence indicated in the epigraph - ruled on the existence of the conditions for the administrative liability of the entity, on the occasion of a proceeding for negligent injury ex art. 25 f Legislative Decree 231/2001, caused by having assigned the worker to tasks other than those agreed upon.

In the present case, the Naples Court of Appeal pronounced a sentence of conviction, since the institution had assigned a custodian to building tasks not falling within its competence and, due to the lack of equipment and following the best practices, the worker had been injured after falling from the dock while doing paint jobs. The body lodged an appeal against the second degree sentence, believing that it had no interest or advantage from the use of the caretaker for construction tasks, given that it had already commissioned a company for the painting and had therefore not achieved any cost savings. , as held by the Court of Appeal.

The Supreme Court found the appeal presented by the body unfounded, focusing on the discipline of the conditions of the administrative liability of the body ex art. 5 of Legislative Decree 231/2001, in the hypothesis of assignment of the worker to duties outside the employment contract.

In this sense, the Ermellini affirmed that "The Court of Appeal clearly explained how there was a clear interest on the part of the entity in relation to the negligent conduct of the agent, consisting of the cost savings resulting from having used an employee to carry out tasks (construction at a height) outside of those provided for in his / her employment contract (caretaker). There is also no evidence in documents that the painting work had been commissioned to a specialized firm, as generically inferred by the applicant ". On the basis of the foregoing, the Court found the entity's interest in committing the predicate offense to be proven, to be identified in the cost savings relating to the assignment of the worker to tasks other than those agreed.

In conclusion, the Court of Cassation found the aforementioned reason for appeal to be unfounded; however - as the limitation period has expired ex art. 22 Legislative Decree 231/2001 - ordered the annulment of the contested sentence, as the administrative offense was extinguished due to a prescription.

GIM Legal assists Castello SGR in the sale of a Greenfield on the outskirts of Milan, to be used as a Data Center 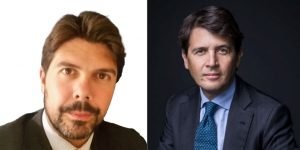